To all our patients

Please be aware that due to technical difficulties our systems are currently down.

Here at Revitalise we have many patients who come to see us that have had various experiences with dentists. Feeling anxious about further treatments is a common occurrence. We always make sure our patients feel as relaxed as possible. We provide our patients with all the information and guidance needed to decide which treatment option would be best.

One of our most recent patients has had extraordinary past relationships with dentists. We were delighted that we were able to help him reclaim his smile when he was told this might not be possible.

At five years old, Mr. Coe was told by his dentist that his teeth were in a bad condition, so he had them all removed. This was common practice in the past due to the technology and oral care not being as advanced as today. When he turned eighteen, Mr. Coe once again was told that he needed all but six of his front teeth pulled out. He was then fitted with a replacement upper denture.

Ever since a young age, Mr. Coe has played brass instruments and been involved with the Salvation Army. He has performed at the Royal Albert Hall, Abbey Road Studios, and, after he moved to London with his wife who was involved in the choir, they both continued to be involved with the Salvation Army and local churches. Even though he met his wife at the age of seventeen, to this day she has never seen him without his dentures.

Around forty years ago it was time for a new replacement upper denture to be fitted. Mr. Coe had two priorities when getting his new denture:

He was able to find a dentist who helped to create a new denture that, whilst not looking visibly appealing with crooked teeth and gaps, was set for practicality so that he was still able to play his beloved tuba. He asked about getting a denture fitted for his lower teeth but was told not to bother as it would move too much and would impact his ability to play.

Now, Mr. Coe is happily retired with his wife living in the South West of England. Despite having had bad experiences with dentists in the past, it was time for him to once again be fitted with a new replacement upper denture. This time around he thought that going with a private dentist might give him a better experience. He met with his new dentist and, whilst the premises of the facility looked impressive, he still didn’t feel comfortable. After being told by this first dentist that he would need a root canal treatment, he decided to get a second opinion. He saw a couple of other dentists who had come highly recommended. They concluded that the best way forward would be to remove two more of his remaining six teeth.

Finally, after hearing about his history and bad experiences of dentists, he was recommended to try Revitalise Dental Centre.

Upon arrival, he was greeted by a friendly member of the Revitalise family. Feeling nervous due to his past experiences, Mr. Coe felt slightly calmer by the setting of our state of the art, eco-friendly facilities. After speaking with Martin Docking about his complex history with dentists, his lifestyle and family, he instantly decided that this was the place he would be getting his new dentures.

Using up to date, modern technologies in our onsite lab, here at Revitalise we were able to give Mr. Coe what he was told would never be an option, a set of both upper and lower teeth! Now, for the first time since he was five years old, Mr. Coe has a full set of teeth. These new dentures were created to allow him to keep his top two priorities, as well as eat foods that were never accessible to him before, such as steak. Having relied on only six teeth and an upper denture for most of his life, he had to learn how to eat properly again with a full set of teeth.

When asked how he found his experience at Revitalise he said “It’s like Super Vet for humans. They really do have attention to detail and having the lab on-site really helps.” We are delighted that we were able to help Mr. Coe feel confident smiling again and keep his handsome looks, as well as being able to keep playing his tuba.

If you would like to discuss treatment around dentures, or how we can transform your smile, please book a consultation to discuss your options with our team.

Martin Docking is the Founder of Revitalise Dental Centre. Widely recognised as a leading Clinical Dental Technician Martin has a passion for embracing new skills, techniques and materials to deliver the best products, service and patient care.

Connect with Martin Docking on LinkedIn.

What our Clients say

Marion visited Revitalise to reclaim her smile with a complete implant treatment. In this video, she explains how the staff at the practice put her at ease and why she recommends Revitalise to everyone she meets.

“The minute I met Martin, I just knew he was so calm and relaxing. So then we had a discussion and Martin said what he could do and it had to be what our pocket could afford as well and we went ahead with it. The experience I had at this dentist was unbelievable, it was a journey I loved every minute of.”

“There’s always smiling, handshakes, hugs and plenty of tea and coffee. They looked after my husband who was there for the day. They do the sedation and Hayley looked after me. Obviously I was unaware of exactly what they were doing, but they always make you feel so comfortable. Although you’re nervous, I don’t think I could’ve gone and got the same treatment anywhere else.”

More from our blog 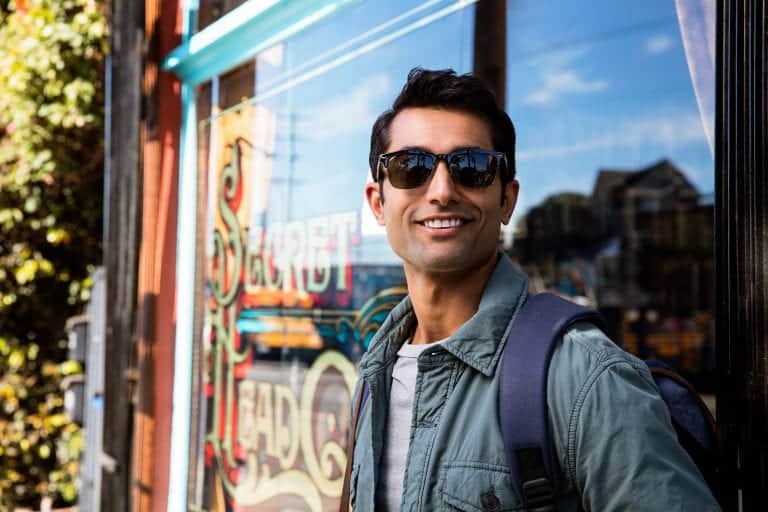 How much does Invisalign cost?

If discretion and comfort are at the forefront of your mind when it comes to your dental treatment, then Invisalign may be right for you. Invisalign aligners...

Fast becoming the most popular alternative to traditional braces, Invisalign is a revolutionary orthodontic treatment that straightens your misaligned...

Invisalign is a revolutionary method of straightening and correcting your smile without the need for uncomfortable braces, metal wires or brackets. Crafted...

How often should you visit the dentist?

We all know that we should visit the dentist regularly to maintain good oral health. However, whether you are putting off a dentist visit due to nervousness...

Read more
Sitemap
How much does Invisalign cost?
Does Invisalign Hurt?
What is Invisalign?
How often should you visit the dentist?
What is Invisalign and how much does it cost?
What role does your dentist play in improving oral health?
How To Get An Emergency Dentist Appointment
What is considered a dental emergency?
Are Dental Implants Safe?
Can Teeth Whitening Remove Stains?
COVID-19 Update: We Are Operating As Normal!
Does Teeth Whitening Hurt?
Is cosmetic dentistry safe?
Will dental implants hurt?
We are launching a new and exclusive club. Contact our team to claim your place in our 100 Club today.
How long does teeth whitening last?
Mouth Cancer Action Month
My Implant Journey
How long do Dental Implants last?
How long do Dental Implant treatments take?
How much does teeth whitening cost?
How much do veneers cost?
How much do dental crowns cost?
Are dental implants right for you?
How long do dental crowns last?
What has changed at Revitalise Dental Centre?
Revitalise Dental Centre Reopening After Lockdown
Why are more adults turning to Orthodontic procedures?
What is general dentistry?
What are the differences between Cosmetic Dentistry and Orthodontics
How to choose a cosmetic dentist
National No Smoking Day
“It’s like Super Vet for humans.” | Mr. Coe’s Revitalise Experience
How long does cosmetic dentistry last?
How are veneers fitted?
What is the best way to get whiter teeth?
What is cosmetic dentistry and how much does it cost?
Jason’s Travels
What is teeth whitening and is it safe?
How you can look after your teeth this Christmas
What are veneers and how do they work?
Meet Dr Alkisti Vousvouni
Meet Dr. Simon Martin – Dentist & Implantologist
How smoking and excessive drinking can be damaging to your oral health
What are dentures and how do they work?
Download your free guide to dental implants
Be treated by one of the most sought after cosmetic dentists in the world, Jason Smithson.
How much do dental implants cost?
Why Is Revitalise Dental Centre Different From Any Other Private Dental Practice?
Dental Hygiene at Revitalise
New Website Launch